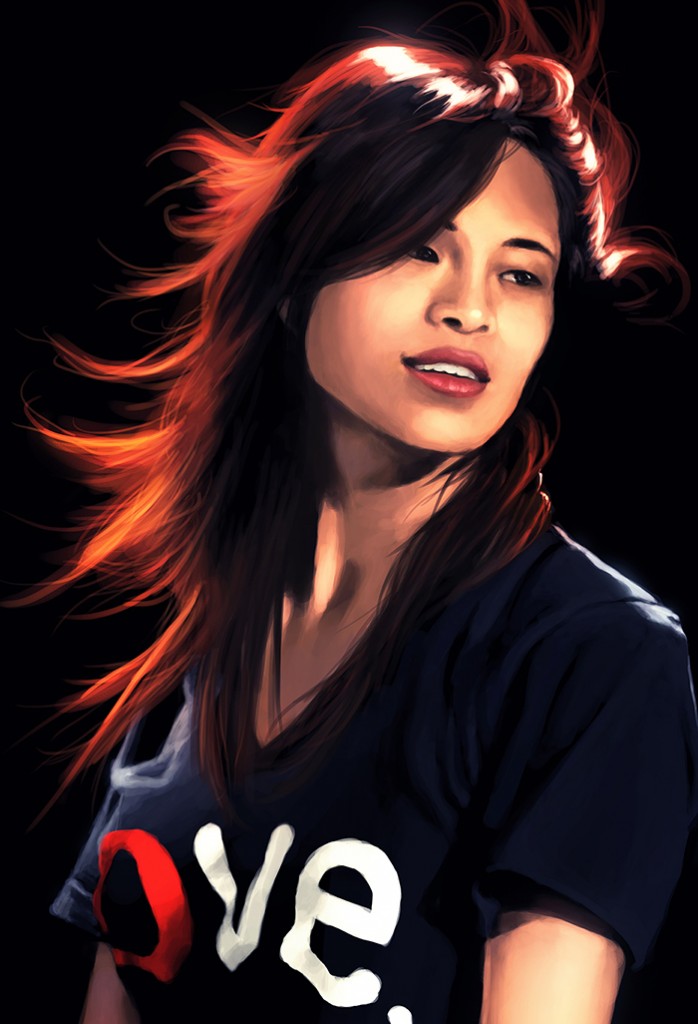 Kelly Kin is an artist based in Austin, TX who works primarily with digital painting and time-based media. Her work investigates themes of the shaping and acceptance of the past. As a young girl who spent hours on end drawing in MS Paint with a mouse, she later upgraded to Photoshop and a tablet as she grew more and more interested in the digital arts, eventually pursuing a B.A. in Arts and Technology from The University of Texas at Dallas. There, her passion for storytelling and computer animation blossomed in full force, leading her to pursue her M.F.A. in Visualization at Texas A&M University, where she was warmly welcomed into the Aggie family.

Joining the VizLab ranks among one of the best decisions Kelly has ever made, seeing as her three years there yielded much fruit in developing her skill-set as a lighting artist in animation. The work she did there helped her to receive a scholarship from Pixar and gave her opportunities to work on group shorts like Beary Scary, screened at DreamWorks Animation Studio in 2012, and Sleddin’, screened at the SIGGRAPH Electronic Theater as Best Student Short Runner-up in 2013. During that time she also enjoyed sharing her passion in assisting many students in telling their own stories through shorts as a teaching assistant and an instructor of record for animation studio classes.

Born in Plano and raised in Houston—literally a Texan for all her life—it’s a mystery how Kelly never picked up the telltale southern drawl. She has recently returned from her three-year stint in the grand city of Los Angeles, working first for DreamWorks Animation and then for Walt Disney Animation Studios, to finish up her body of work, WAKE.